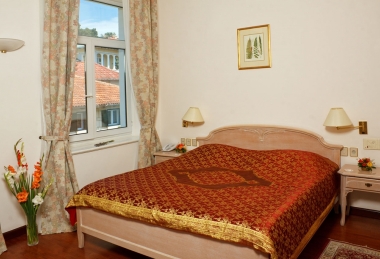 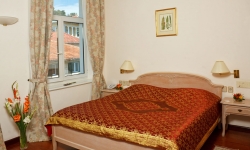 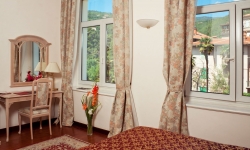 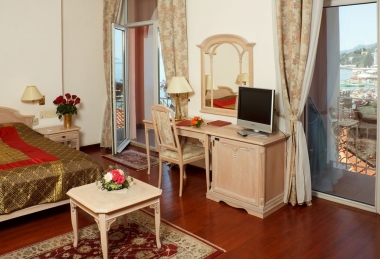 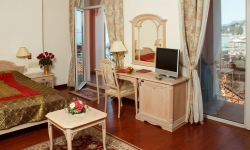 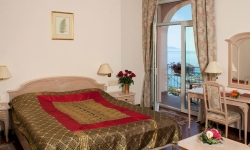 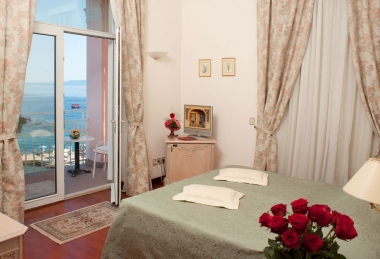 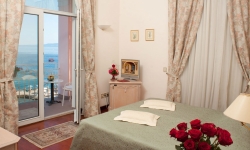 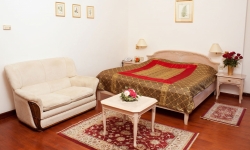 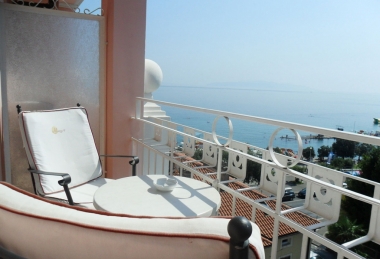 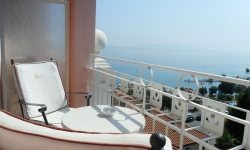 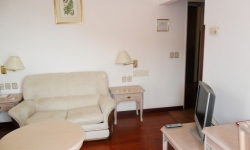 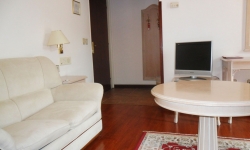 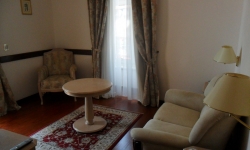 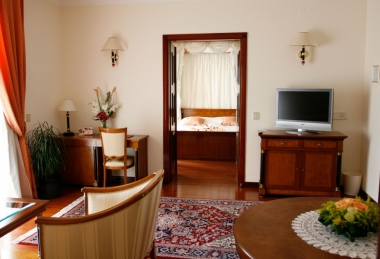 Hotel „Mozart" is an elegant boutique hotel built in 1894. Mozart, the synonym for a warm and cordial welcome, has been writing the tourism history of the pearl of Kvarner Bay, Opatija, from the very first letters.

The Art Nouveau hotel building, which is an architectural monument, is located in the very heart of Opatija, just few steps from the sea and close to the nearby tennis courts and all the main cultural and historical attractions.

The hotel has 26 rooms, two suites and one residential suite. With their classical style furniture they mirror the warmth of the last century atmosphere. Some of the rooms have almost 200years old furniture pieces. The contemporary amenities like air-condition, direct telephone line, mini bar, satellite TV, radio and HI-FI just as wireless internet access insure the modern times comfort.

n 1894, the sisters Francisca and Antonia, born Pošćić Oršić, married to Jurković and Kompanjet respectively, commissioned the builder Giovanni Skerl to erect a building identical to the neighbouring Villa Opatija (Abbazia), which was owned by their brother Feliks. The property was named Villa Istria and has had several owners since but has always remained a guesthouse. It was inherited in 1911 by Francisca’s daughter Justina, who was married to Amade Kopani, a lieutenant of the Austro-Hungarian army. She had the house extended to its present dimensions (for a while, the villa served as an annexe to the Pension Hausner, which was located on the spots of today’s Hotel Milenij). Between the two world wars, the Villa Istra was owned by the Hungarian Franjo Sterk who renamed it the Hotel Eden. For a short time after World War Two, the building served as headquarters of the Yugoslavian Army, and then as a children’s home, before being returned to its original tourist function in 1960 and given a new name – Hotel Esplanade.

In 1994, the hotel was bought by Veljko Barbieri who had it thoroughly renovated and then opened a year later under the new name – Hotel Mozart. Unresolved issues regarding the building’s ownership and financial troubles besetting the hotel business in the 1990s came to an end only in 2006, when the building was bought by the Shalabi family who had it renovated once again and opened a modern wellness complex there in 2007.

Although the families of the builders of the Villa Istra had several notable personalities – for example, members of the Jurković family were among the most active in the people’s movement and founders of the Zora cultural society; a scion of the Kompanjet family, Zoran, was a writer and rector of Rijeka University; and descendants of the Kopani family include the legendary local photo-chronicler Frank and his son, philatelist and Lions district governor, Borut-Borja – the Hotel Mozart is today associated with two even more famous figures, Veljko Barbieri and Ivan Ljubičić.

Born in 1929 in Makarska, to a bourgeois family of apothecaries of noble Italian origins that also gave a mayor to the town. From 1941 he took an active part in the National Liberation War, first as a member of the League of Young Communists (SKOJ), then as a partisan. By the age of sixteen he had already achieved high military rank and was in command of a battalion. He received the Medal of Bravery, and in 1948 was chosen as the final runner for the so-called Relay Race of Youth, who had to give the Baton of Youth to Tito. After the war he graduated from military academy and was given command of a minesweeper. Later he graduated in economics as a part-time student and got a job in the Rade Končar Company in Zagreb. As a representative for that company, he lived and worked in Milan for several years.

In 1964 he moved to Opatija. At the beginning of the 1980s, he founded the Adriatic Club Yugoslavia (ACY), later renamed the Adriatic Club International (ACI), and built some twenty marinas all over the Adriatic. In the early 1990s he founded his own consultancy company Barbieri nautika. He is the author of the project One Hundred Small Ports on the Croatian Adriatic.

From early childhood he was involved in the sea and sailing. He won many trophies at national and international regattas and wrote a book of memoirs Protiv vjetra (Against the Wind) that was published in Rijeka in 2003 by the Adamić Publishing Company.

Ivan Ljubičić (born in Banja Luka in 1979), one of the best Croatian tennis players of all time and son-in-law of the current owner of the Hotel Mozart, Abi Shalabi, first came to Opatija as one of the many refugees during the war in Croatia. In 2004 he won a bronze medal at the Olympic Games in Athens (together with Mario Ančić), and one year later won the Davis Cup. During his career he won eight important tournaments, was the number 3 ranked player in the world, and two years in a row (2005 and 2006) was chosen as the best Croatian sportsman.